The History of Cathedral City

Cathedral City history began with the Cahuilla people (Qawishpa Cahuillangnah), one of the original peoples of Southern California who settled the Coachella Valley approximately 5,000 years ago. They spoke Ivilyuat, a dialect of the Uto-Aztecan language family. In a 1990 census there were only 35 people who could still speak the language and tribal enrollment as of 2010 was 410 people. While the Cathedral City canyons were occupied during the winter months, the Cahuilla trekked to much higher elevation in cooler Chino Canyon during the summer months, today easily accessible by the Palm Springs Aerial TRAM.

The Coachella Valley was claimed by Spain in 1768 as part of Las Californias and then by Mexico in 1821 via the Treaty of Cordoba. After the Mexican-American War (1846-1848), the land was acquired by the United States and officially became part of the State of California in 1850.

In 1852, US Army Colonel Henry Washington, a descendant of George Washington, was contracted to survey Southern California. In 1855, he reached the Coachella Valley. It was there that he found rock formations in the foothills of Santa Rosa and San Jacinto Mountains that reminded him of the interior of the great cathedrals of Europe and named it Cathedral Canyon. Nearly a hundred years later, in 1946, a flood altered or destroyed many of these formations.

In 1925, four developers created the area’s first housing subdivision north of the Cathedral Canyon area and named it Cathedral City.

Incorporated in 1981, Cathedral City has nearly 60,000 people and today is the 2nd most populated city in the Coachella Valley after Indio. It boasts many fine restaurants, shops, resorts and golf courses including Cathedral Canyon Country Club, Cimarron Golf Resort, and Desert Princess Resort and Golf Club. 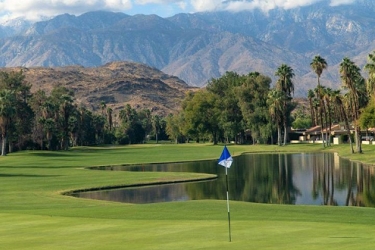 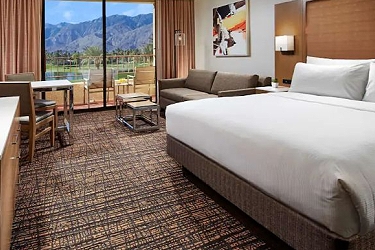